Assignment
Complete this quiz on social media forensics before next class.

Below is a tutorial on some of the tools we will cover in class.

This tutorial is about performing forensic analysis on social media to verify its authenticity. Often this type of analysis is used in determining:

It’s important that reporters who intend to use any content or information obtained from social media maintain a strong sense of skepticism about the veracity of content. Reporters are often tricked by trolls, users, and other actors whose intent is to misinform for various reasons. These actors will often play to a reporter’s weaknesses, which is manufacturing content that elicits an emotional reaction, foments excitement, or closely aligns with real content. Remember: If it’s too good to be true, it probably is.

Double-check URLs, accounts, and a provider’s previous posts. An old adage in journalism is, “If your mother says she loves you, check it out.”

Find the Provenance of Information

It’s important to find the origin or provenance of online information. Often, people repost information from other sources. In many cases, the information is reformatted, rebranded, or copied in such ways to mimic original content. The reasons vary, but original content can be monetized easier than reposts.

When researching online media, try to find the original source.

Often, the first steps in authenticating social media content is finding the origin of the content. Finding the original source can be tricky, but this is often the goal in many verification processes. There are a number of tools you can employ, we’ll go over some of them below.

Google Reverse image search is an indispensable tool in the social media verification process. Google, as well as a few other social media services, allow you to search by an image. It will reveal if the same image, or videos with the image, have been uploaded before. If it can’t locate any exact matches, it will return visually similar images.

Using one of these services is rather simple. One example was when Senator James Inhofe showed in 2015 a photograph on the senate floor, what purportedly was Russian tanks entering the Ukraine. When bloggers performed a reverse image search, they discovered the photograph was from another separate incident entirely.

Another service that does reverse image search is the Russian site Yandex:

There are a number of tools for finding metadata inside images, videos, and other documents. 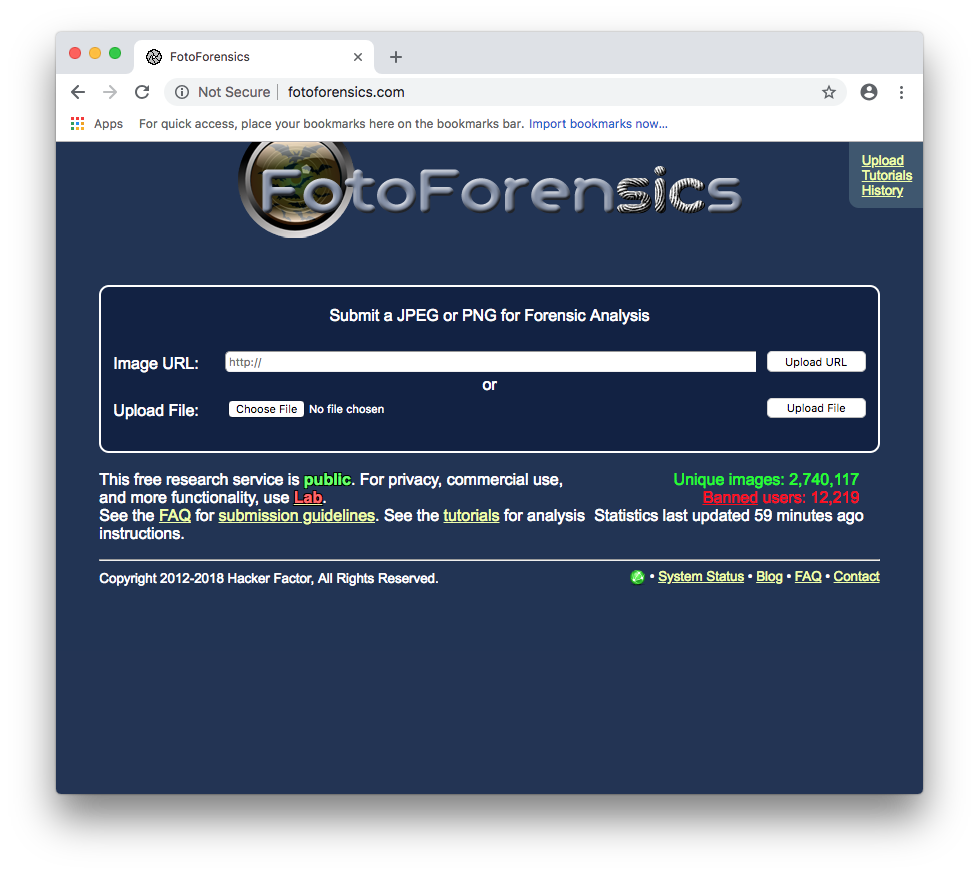 Foto forensics is a great tool for looking at metadata, but it’s not foolproof. This data can easily be manipulated by anyone with some technical skills. But it adds to all of the evidence you might use in building a case for authenticity verification. 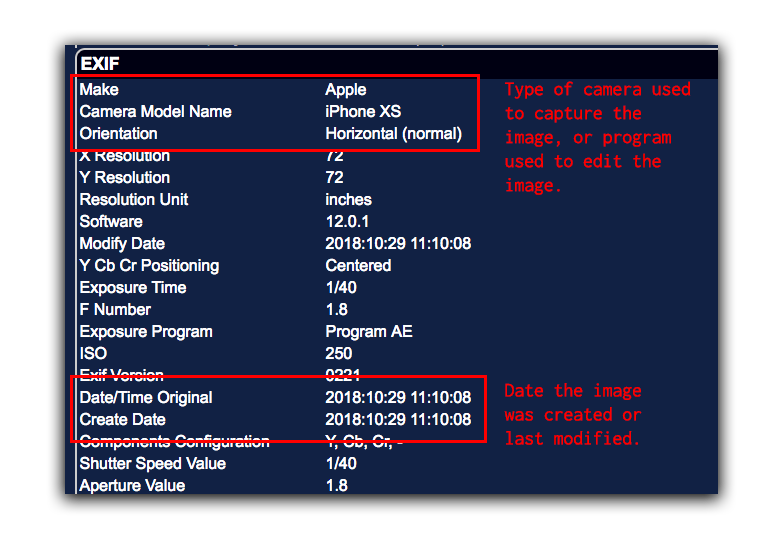 There is a command line tool (run from the Terminal on a Mac) that can extract metadata, sometimes called EXIF data, from videos and images. This command line tool, called ExifTool, can be install using Homebrew on a Mac.

ExifTool (both photo and video)

Once installed, to view metadata, the command you type in Terminal is:

Amnesty International runs a website that can show metadata associated with YouTube videos. The most beneifical data to come from this is the upload data, which is useful in determining provenence. 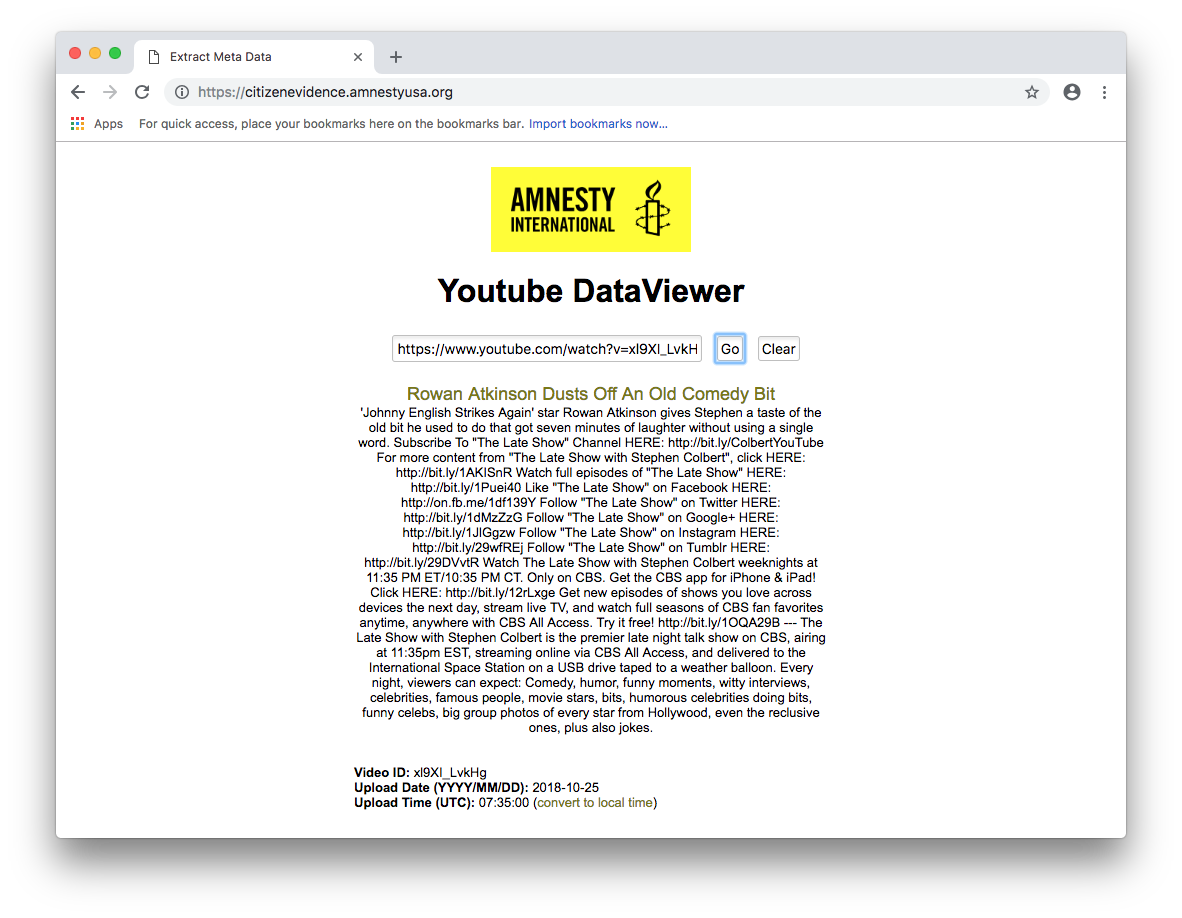 A command line program called XPDF can extract text and metadata from PDF files. XPDF can be installed through Homebrew.

There are some online tools for extracting metadata from PDFs, including www.get-metadata.com. 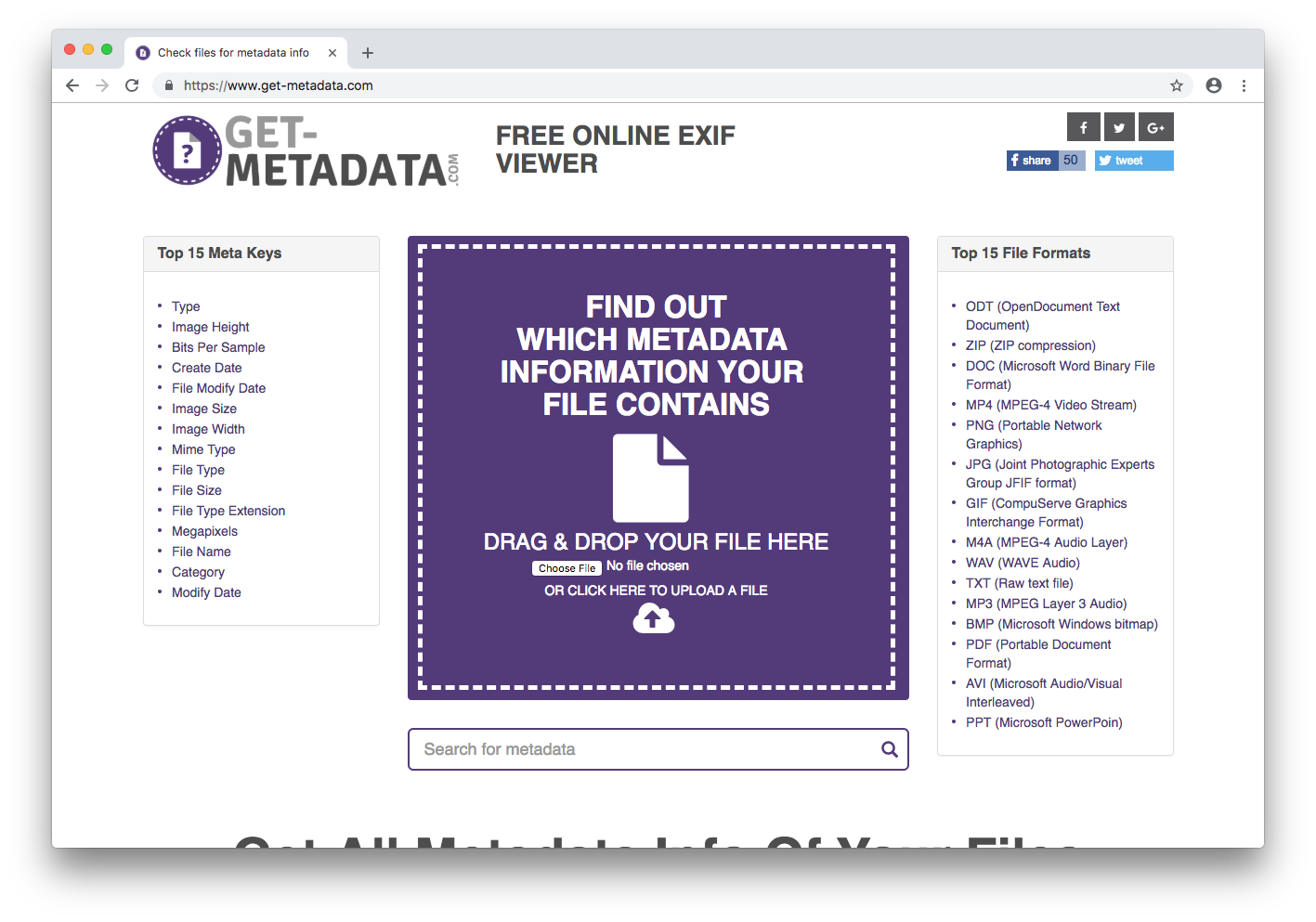 When breaking news occurs, sometimes you want to search for YouTube videos by a particular location. There are numerous tools online to faciliate this. One such tool is YouTube’s own Geo Seach tool on GitHub.

Determining Time from Shadows in an Image

The website SunCalc can show you which direction shadows are pointing anywhere on earth, on any given date. This can be useful in determining location or time in some images. It’s important to not rely too heavily on this information, as measuring shadows is only a very rough approximation. But corroborating shadow direction can help aid in provind authenticity of an image. 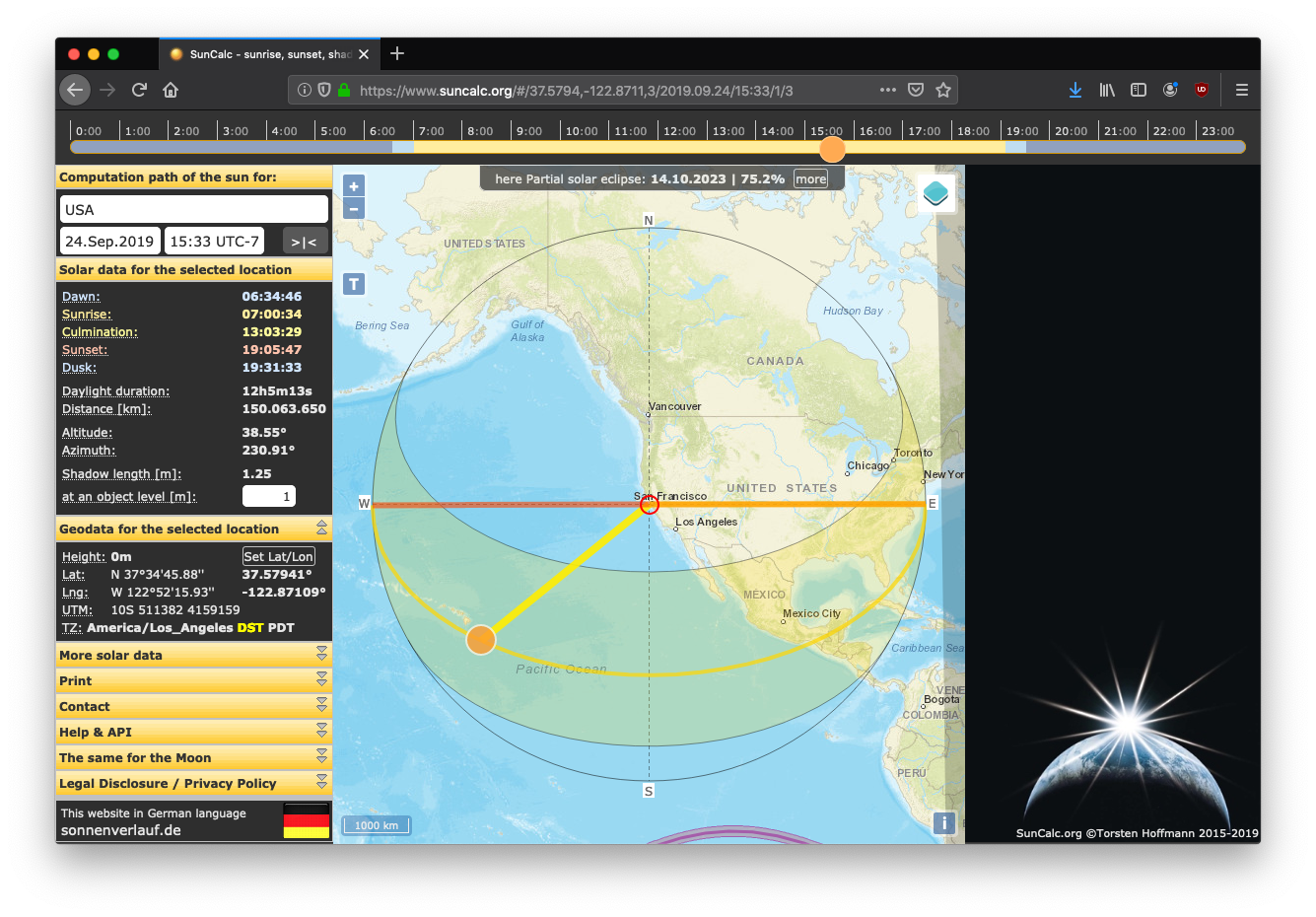 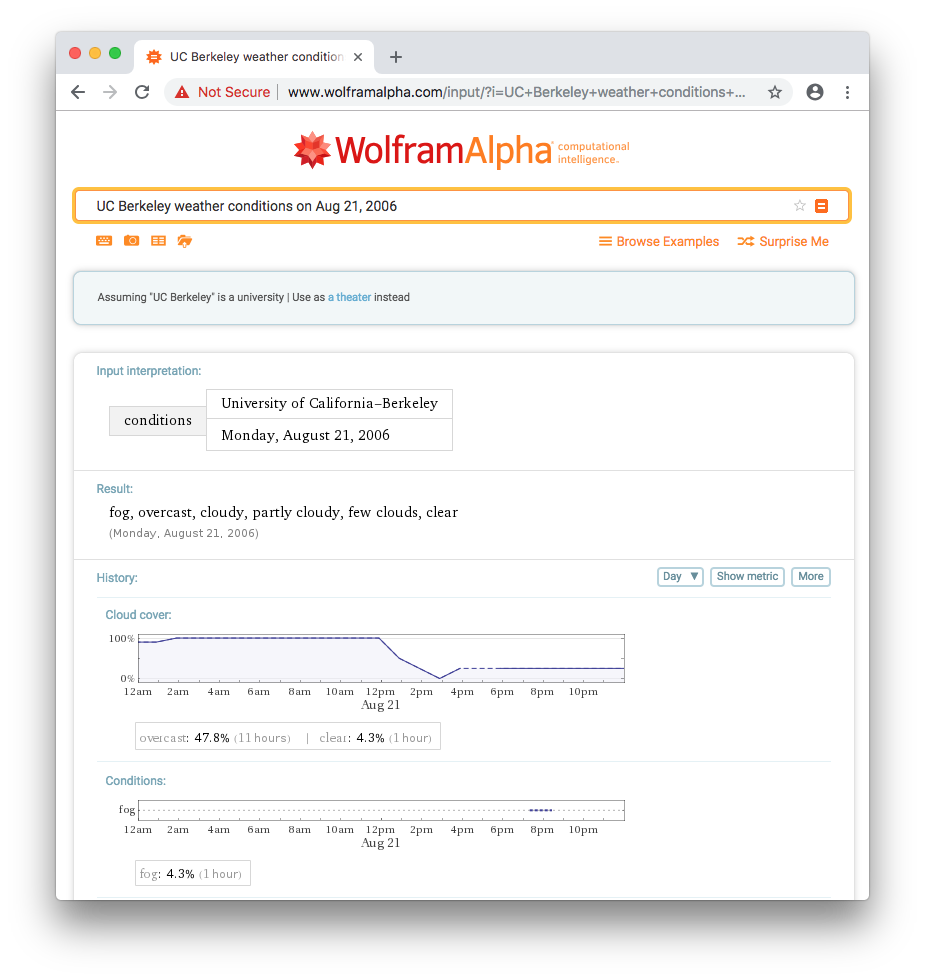 This website links to dozens of social media tools in various categories. 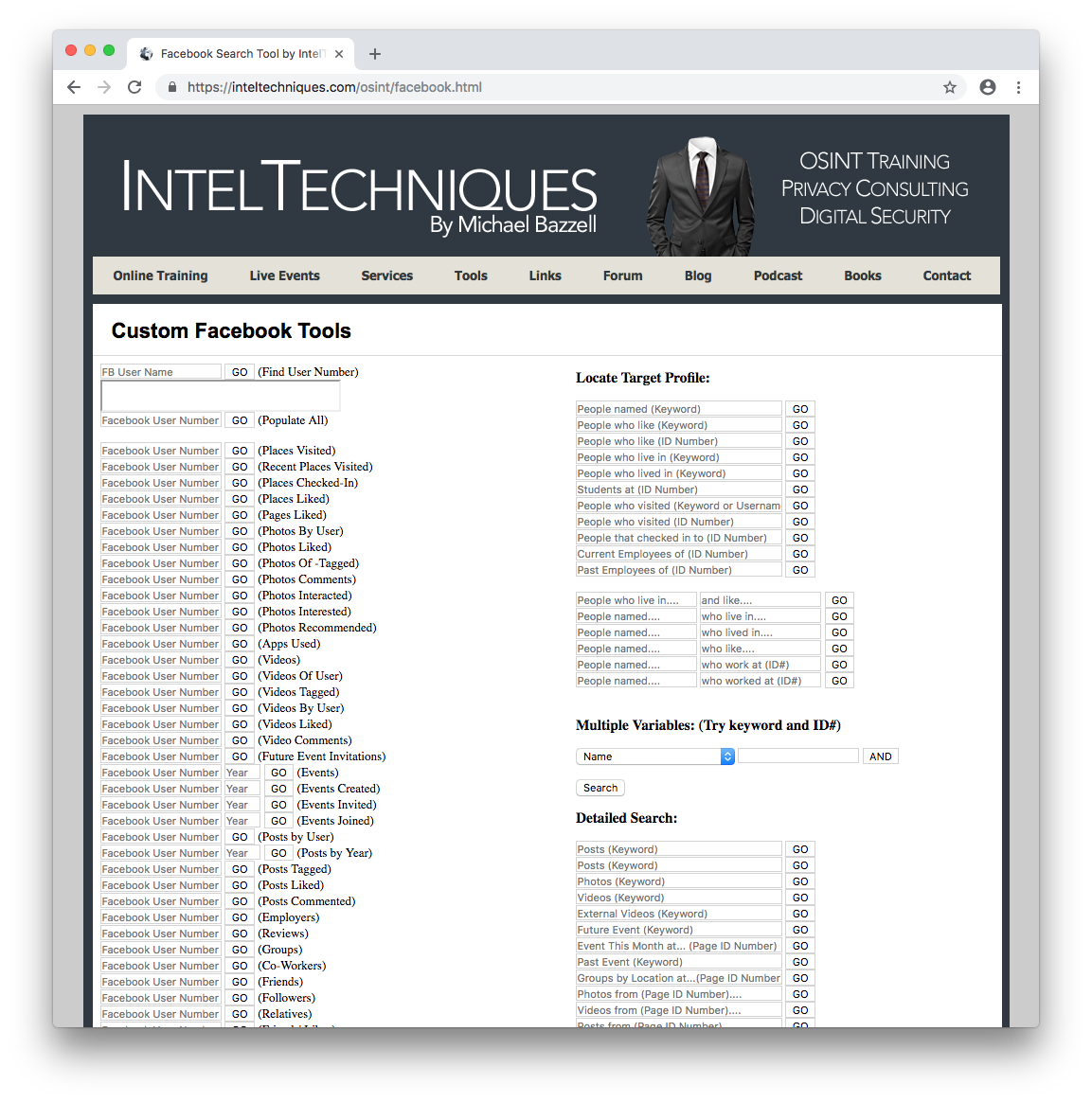 This tutorial was written by Jeremy Rue.