Readings
Chapters 13-14 in Jon Duckett book. Mozilla Developer Network guide on CSS
Downloads
PDF of presentation given in class
Assignment
Design a web form to look like one of the images given.

It’s important that we understand attributes which are pieces of information that can go into tags.

Attributes like href="" go inside the <a> tag to specify where a user will go when they click a link.

There are three attributes that can go in all HTML tags that pertains to CSS:

A single HTML tag can have have multiple distinct classes, but you must put them in the same class attribute. You just space separate them.

Attempting to have multiple class attributes in the same tag won’t work. 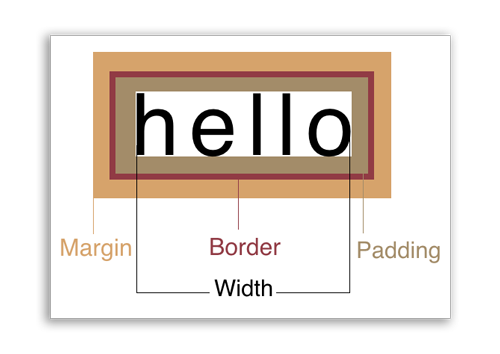 The CSS box model is a series of rules governing how boxes should work on the web. This includes four central properties:

It’s important to note that the width and height properties are counter-intuitive. They only determine the size of the area inside the box. This can be confusing when you have borders around the box, because the size of a box from border to border is determined by the width/height in addition to the padding.

There are a few rules governing how boxes react by default. Some of these can be counter-intuitive and really confuse people who are trying to imagine web page layout as a free-form process. It takes careful consideration of how to create designs as you conceive them in your head or from a mock-up. It’s a bit like putting together a puzzle.

The above code would produce the following:

We will cover the overflow property later. 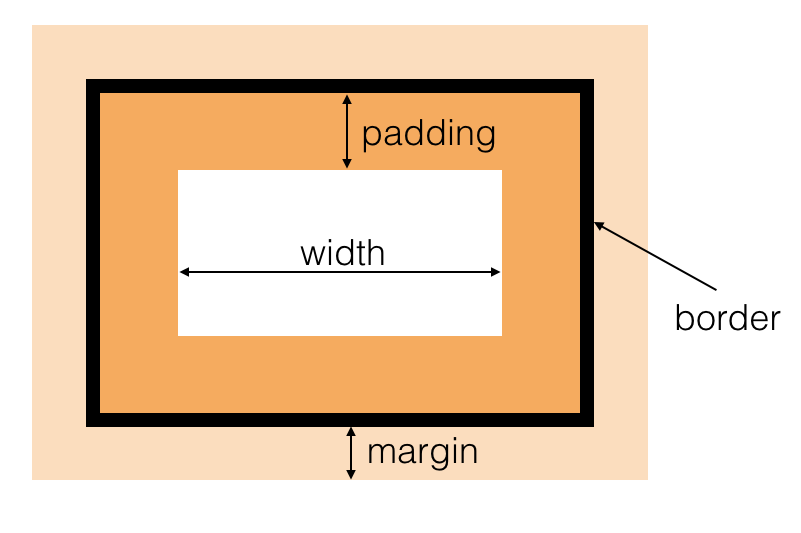 Let’s go over a few box properties and discuss how they work in relation to your design.

It’s important to remember that width and height properties only affect a specific portion of a box, the inside part between the padding.

Note: Using percentage values for height will only affect an element if it has a containing element. If you try to use a percentage for height on an element in the <body> element, nothing will happen (unless a height value is set on the body tag).

These properties are important when doing responsive design. They allow you to setup restrictions about how large or small an element can get. They work particularly well in conjunction with the width and height properties when they are set to percentages.

The overflow property determines how to deal with content that might protrude from a box. When you manually set the width or height values of a box, there is always a chance that the text will protrude from the box (especially in responsive design). You can choose to cut off the text, have it scroll, or just show it sticking out of the box.

The border has three distinct properties.

You can also specify all three of these properties as a shorthand notation. This is the most common way to do this. The order is border-width border-style border-color with one or more spaces spearating the values.

Important note about percentages: When using percentage values for padding, they will always refer to a percentage of the width of the containing element, even when doing padding-height.

Margins work the same exact way as padding in terms of notation. There is a caveat when a bottom margin interacts with the top margin of an element below it. This effect is called collapsed margins where only the larger of the two margins will be used, and the smaller is disregarded.

How to Center Elements In CSS

There are many ways to center an element in CSS depending on what you’re trying to do. Here are a few different methods.

Inline elements are simple. You should just text-align them to the center. Since inline elements don’t have height properties, there is no such thing as centering something vertically.

To center a block element, the most standard way is to set the left-margin and right-margin to auto. This has the effect of pushing on both sides until the block element is in the center. It should note that this only works when the width of the element has a value other than the default auto.

Vertical Centering When the Height is Unknown

Sometimes you want an item centered on the page vertically when the height is unknown. There is a trick you can do that we haven’t learned just yet. The properties will be listed here, but absolute positioning will be covered in a future class.

There is also a newer way to do this that doesn’t work on older version of Internet Explorer 9 and earlier. If that doesn’t matter, then you can use a new property called flexbox.

You can actually change an element that is natively block to inline and vice versa. The property is called display. In this method, you could actually make divs act like spans, or strong tags take up their own line.

The most common scenario is to make li elements, which are natively block elements, run as inline elements, so they are side-by-side. This is often done for making navigational menus.

Another interesting value of the display property is the ability to assign it none. This essentially hides the element from the document flow completely, so that it doesn’t affect anything.

Using the visibility:hidden rule is another way to do this, but with this method the element is still a part of the document flow and will affect other elements around it (it’s just invisible).

Backgrounds can be set with colors or images. (It is generally a good idea to do both, so if the image fails to load, you still see the background color).

Here are some background properties:

There are some new units of measurement that can be done that are in relation to the viewport. So, instead of using a percentage of the containing element, you can actually use a unit of percentage based on the viewport (browser window).

Note: You have to be careful when using viewport units of measure because as the browser window grows, content can often get too big and extend out of the viewport itself. There are also situations when scrollbars will appears due to an overflow property bug in IE. The best way to handle this is with media queries and using max-width type constrains. More info on ways to handle the bugs.

This is a sample boilerplate HTML file we will use for the in-class exercise:

And we will be using this CSS Reset:

Recreate the opening two sections of this example using the assets provided below. 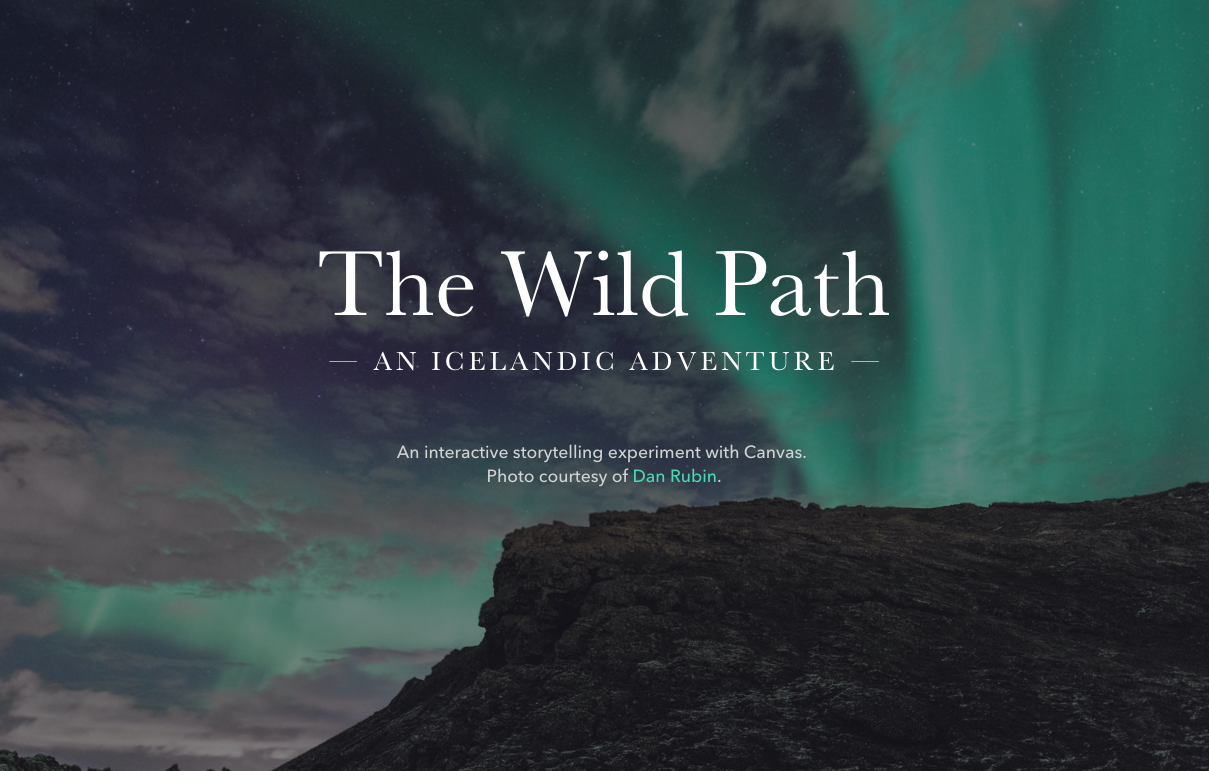 Direct link to the background image for the above screenshot 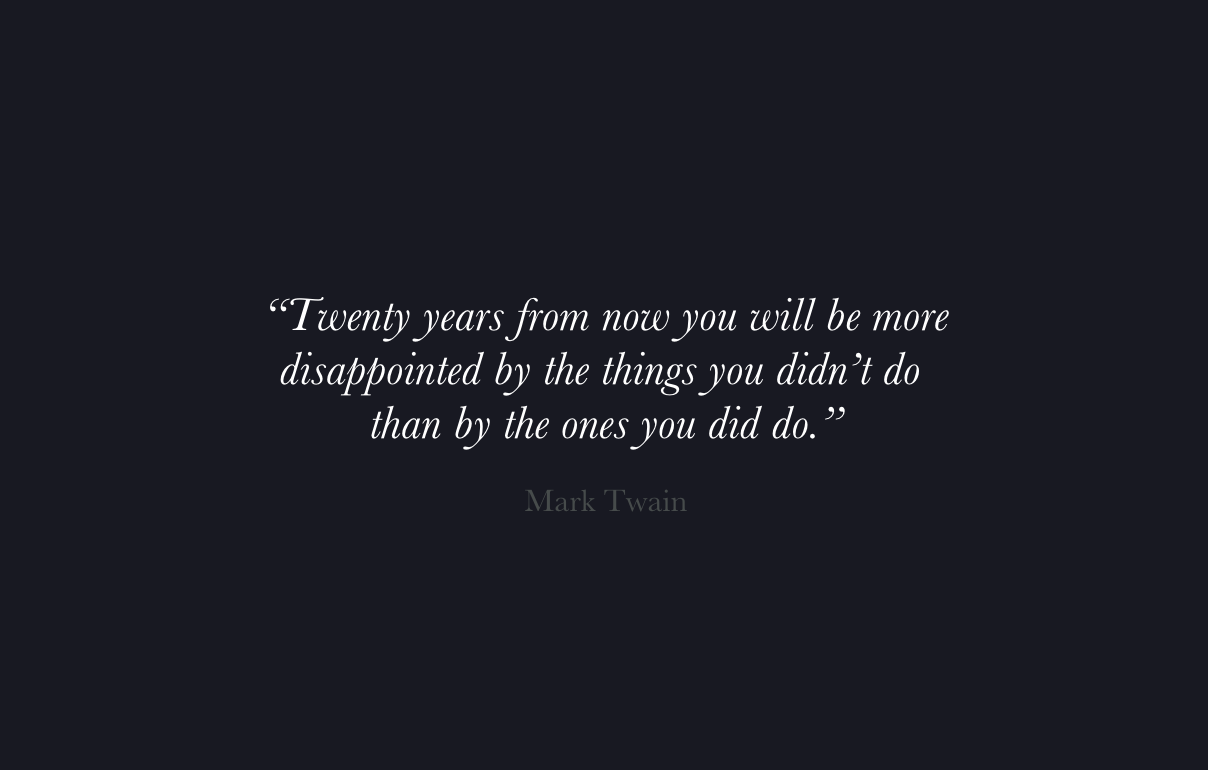 The leading philosophy in designing for mobile today is creating responsive websites. These are websites that automatically adjust their layout to adapt to various screen sizes.

The solution to this dilemma is to use CSS Media Queries to create multiple styles for your design. The way it works is simple:

1) Start with your basic default styles. The current trend in the industry it to start with mobile first styles and work your way up. Since mobile proliferation is slated to over take desktop web usage (it already has in most industries) you should put your primary emphasis on that. 2) Decide on a series of breakpoints based on your content rather than on screen sizes. Keep the screen size agnostic to your layout. 3) Include CSS media query blocks for various viewport dimensions when the design gets too wide.

CSS Media Queries are blocks of CSS code that specify conditions when the code will be in effect. The following code means the h2 and h3 rules will only take effect if the screen size is below 800px:

Remember, the max-width portion is inverse. Max means below, and Min means above (because the condition needs to be true).

You can also use queries to restrict to certain devices like screen, print, or tv. (Screen is any device with a screen, print are the styles when you print on a printer, and tv are styles with internet connected tv devices).

Beyond width and height, there are a whole host of “media features” or aspects that you can affect, such as whether or not the user is using a color monitor, or is using a specific aspect ratio.

You can also create multiple condition using logical operators and and not.

In the above example, only when the viewport is between 600 and 800 pixels will the styles in the code block take effect.

Just because a media query code block takes effect doesn’t mean those styles will alter the content on the page. The normal cascade rules still apply. It’s important to be specific in your media queries of the exact styles you want to alter.

In order to create a series of fallbacks, you would save multiple copies of your image on the server, each with a unique name. Most people append the size to the filename. So if the full-size of your image is example.jpg, you might make a smaller copy called example-2000w.jpg, example-1600w.jpg, and finally example-750w.jpg.

In your HTML, you could include the following image tag:

This way, older browsers will only see the original src attribute and load in the full size. But newer browser—in particular, mobile browsers—will save bandwidth and time loading by loading in a smaller version that’s needed for a smaller device.

The srcset attribute requires a space after the image name, and a specification of the size of the image. Sometimes you’ll see an x dimension used. This refers to the device-pixel ratio. This is helpful, because it will help you target higher density screens (sometimes called retina screens).

There are a host of websites that collect and curate mobile design patterns to get a sense of the different approaches to designing for mobile devices. Most are geared toward native applications, which tend to be more free form in their approach in web design since the designs often don’t have to adapt to larger screens.

Cocoa Controls (Cocoa is a reference to the coding framework many iOS apps are built with.)

For years Apple has been publishing it’s own Human Interface Guidelines with tips about how to design for its various products. Their mobile interface guidelines include tips like how big to make various buttons so they can be tapped with a finger or thumb, and to ensure text doesn’t get so small that it becomes illegible.

The website Tympanus has a page dedicated to UI elements and tutorials on how to build them. Most of them are highly animated, but can be useful in trying to come up with new methods of interfacing with a design.

Right now, as you read this tutorial, press Option Command i.

This will pop up a web inspector at the bottom of your screen. 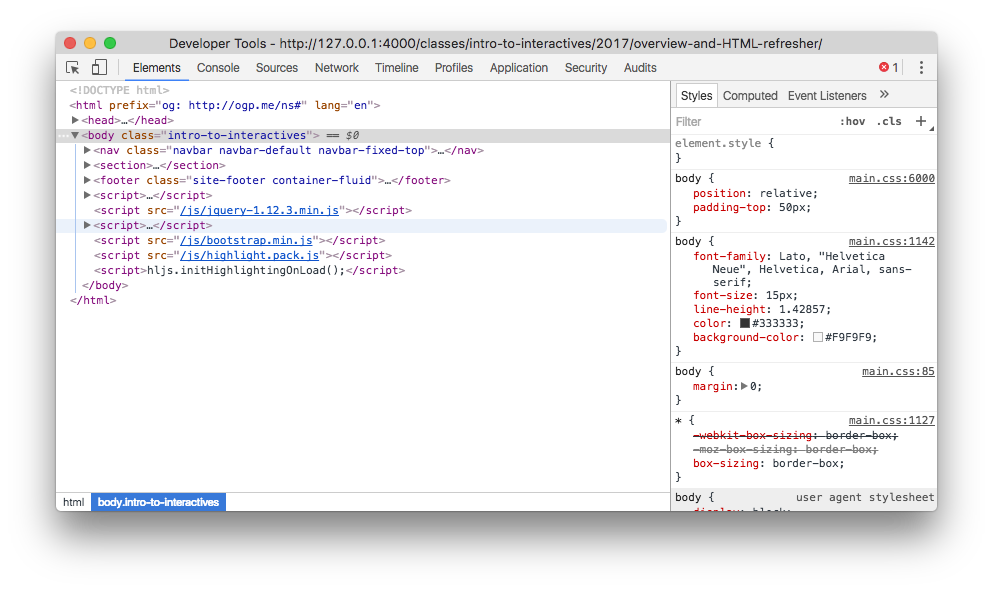 This box shows you the “DOM” or Document Object Model. It’s displaying the underlying live realtime HTML code for the web page, which is different than the static HTML document you’ve written.

You can also right-click an element on the page, and select “Inspect” (or “inspect element” with older browser versions) from the contextual menu to pull open the inspector. 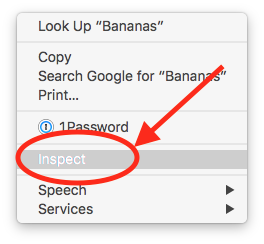 Do this now on the blue boxes below:

You will notice that the boxes above, called “pills” in Bootstrap parlance, are really <li>, or list, elements inside a <ul>. And they each have an <a> tag in them.

Click and drag to re-order the elements in the DOM. You can also double-click certain regions to edit them, or you can control-click to modify/copy content.