At some point, you’re going to want to place elements on a page in a more free-form way that doesn’t require stacking boxes. This is where positioning comes into play.

Below is an example of a two <div> boxes, one inside another, with their default position:static;. 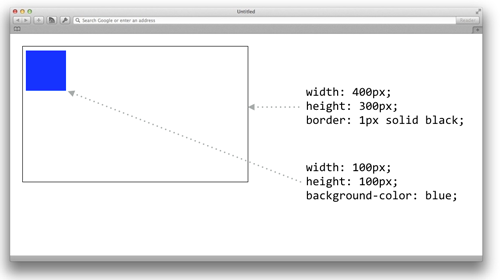 There is one <div> box inside another. They both stack from the top down, and justify to the left.

Example when the inner box is set to position:absolute

Below is an example when we set position:absolute on the inner box, and give it coordinates using top: and left:. 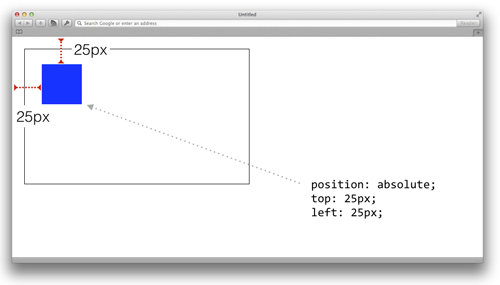 As we can see from the image above, it’s as if the inner box doesn’t respect the outer containing box. This is because of the rule for absolute boxes:

Absolute - Elements are positioned separate from the document flow. Items will be located relative to the first parent element that has any positioning other than static.

Example when the outer box is given position:relative

In this example below, we set the outer box to have position:relative. While there are no effects on the outer box itself (it will operate exactly like the default static) it does affect any elements inside the box to use it as a frame of reference. 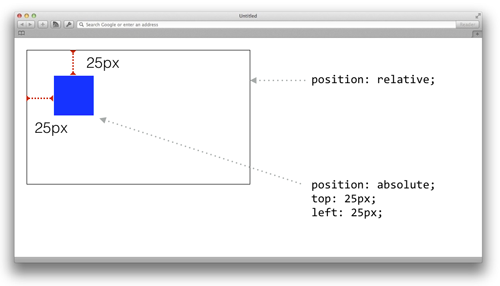 Relative is only used to affect elements inside this box. It doesn’t affect the box itself because of the rules of relative positioning.

Relative - This is identical to static, but causes elements inside this tag to use it as a frame of reference.

Example when both boxes are set to position:absolute

In this example, we can set both boxes to position:absolute. The inner box’s left and right coordinates are based on the outer box, just like in the previous example.

Position fixed completely removes the element from the flow and bases its position on the viewport, not the document. This means an element will stay on the screen even when the user scrolls.

Z-index determines the stacking order of elements that have a positioning property applied to them (other than static). 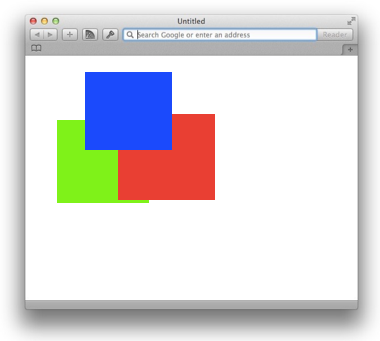 Transforms are a relatively new property in CSS. They allow you to adjust the position of an element based on its current position. So if you told it to go 10px to the left, it would move to the left based on where it currently sits. This makes it a useful tool in conjunction with positioning properties.

You can also rotate, skew and scale elements with transforms. Just note, to apply multiple transform functions, you need to pair them up as a single value to the transform property.

More information about transforms are on the MDN website.

Floats are a way to change the stacking order of elements to either the left or right of the page. 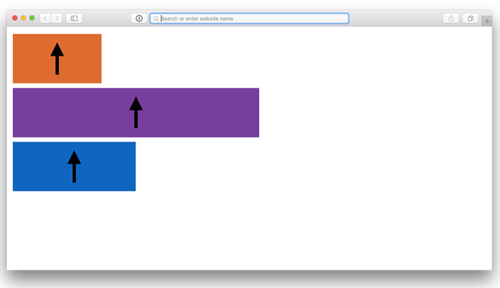 Normal document flow is to stack from the top down. But by applying a float property, you can change this order. 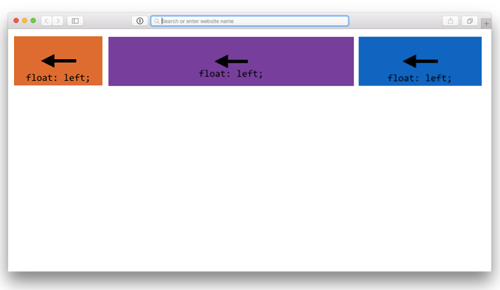 Another useful part of floats is when you apply them to images or blockquotes within text. This will cause the text to wrap around the element automatically. 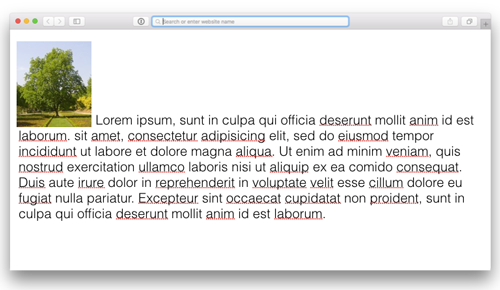 Then, when a float:left; is added to the image, the text wraps around the image like so: 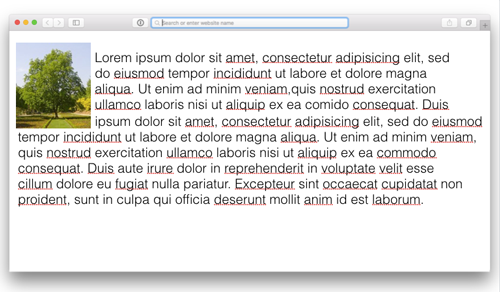 When you float an element, the container its in no longer sees it as content in some senses. Typically, an inner element will push open a containing box. But once the element is floated, the parent element will act as if it wasn’t there.

The solution to this is a simple hack called a clearfix. The clearfix is a snippet of CSS which places an invisible element inside the parent that pushes open the box, so it can “see” the floated element.

Then you would apply the clearfix class to the containers of floated elements.

You will be constructing the following image using CSS positioning properties. 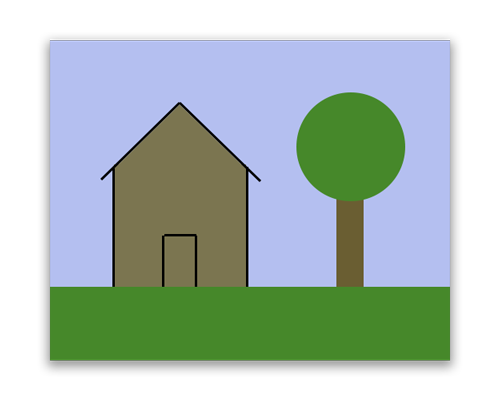 You can download the various pieces from this .zip file.

Here is a starter template:

You can use the following media urls: