Readings
New York Times Snow Fall Why Design Matters: If Snow Fall Were Published in a Standard Template How We Made Snow Fall Re-thinking Reading on the Web
Assignment
Work in groups to discuss the piece handed out in class.

What is a Continuous Story?

A continuous news package is one that is told linearly with a beginning, middle, and end. It is not designed to be consumed out of order, or if it is, the experience is very directed.

Given the nature of continuous stories, they tend to be narrative in nature, meaning they have a more traditional story arc.

A narrative arc isn’t a prerequisite for the continuous category. But if the story lacks a narrative, then it usually still follows a single train of thought through the piece.

Continuous stories are generally lead by one central media form that drives the package. This could be text, video, or graphics. 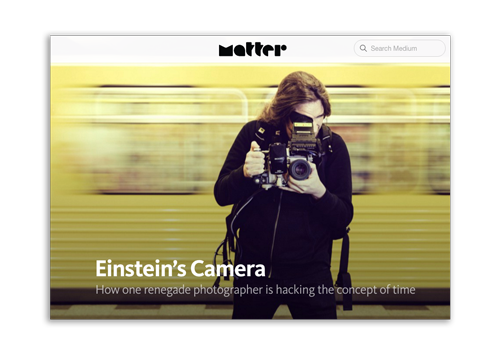 This Matter story titled Eintein’s Camera covers a story of a photographer who composites multiple images together into these motion mosaics. His photo projects are a key element to the story. It’s hard to argue that not seeing his videos would be detrimental to the story, and Matter did a good job of integrating video snippets of his projects as parts of the text.

The story works through elements about how Magyar manufactures his own devices to capture on medium format gear to generate super high-resolution imagery, showing both 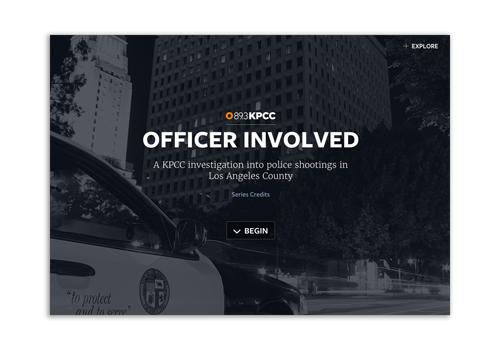 Southern California Public Radio called Officer Involved The piece tells a story with graphics, but leads you through a single narrative, told mostly with text and data graphics.

The piece is a companion to a collection of stories on the topic, and was designed to engage readers with shorter, concise story elements. 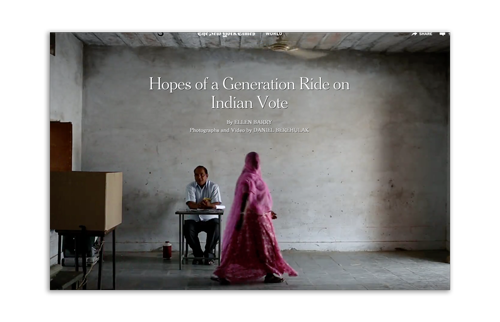 In this New York Times piece about the run-up to the Indian election was very photo driven, interpolated with text snippets about the reporter’s experience speaking to people about their hopes and dreams.

The intention of the piece wasn’t to have a text narrative, but rather to explore the “scenes” just before the Indian election. The text becomes secondary, with short anecdotes and quotes from sources. 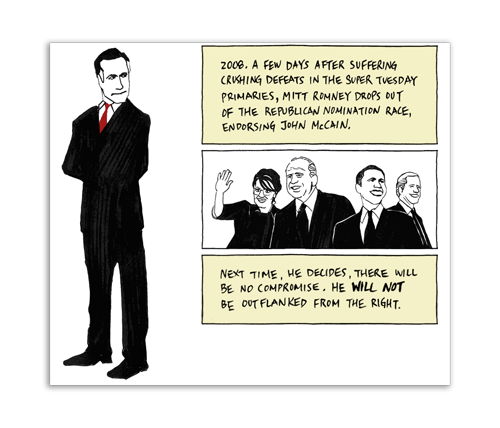 America Elect was done by The Guardian as a way to perform a story in the style of a graphic novel, and giving the same feel as one would reading a comic book. It tells the story of the 2012 U.S. Presidential Election. The movement of the pieces are tied to the scrolling of the page, so different elements pop in-and-out of view at various points in time, and help direct the eye in the same fashion as a graphic novel would.

Alma: A Tale of Violence (Example of a video-driven piece) 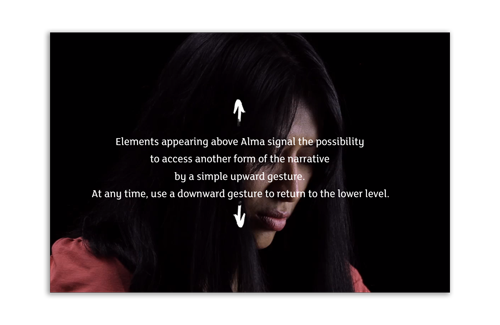 In Alma: Tale of Violence, the production company Arte Americas wanted to create a more interactive element to what would normally be a lean-back experience. The piece is a gripping video interview with Alma, a former Guatemalan gang member, as she describes how she killed another woman with a screwdriver as part of her initiation. The story goes on to describe how she tried to leave the gang when she learned she was pregnant, and was shot and paralyzed as a result.

The entire 40-minute interview is captivating, which presents the challenge of how to show it? Would viewers want to stare at someone talking for that long? The producers chose to make the b-roll (background video) as an optional element for the viewer, rather than force it over the subject. Giving the user the choice allows them to simply sit and watch Alma, or explore and see scenes of Guatemala as she describes her story.

Telling a continuous story requires careful attention to the reader’s train of thought and how they are consuming the story. Given that the medium of the Web (the the devices that are used to consume stories) are very distracting, it becomes important to use multimedia in a way that keeps the attention span of the reader. 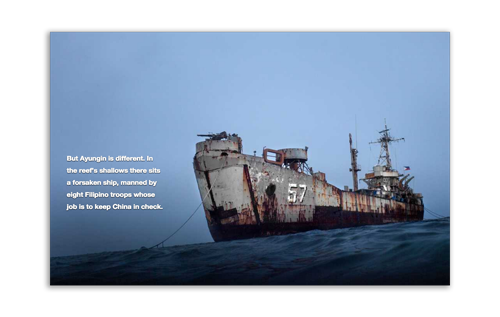 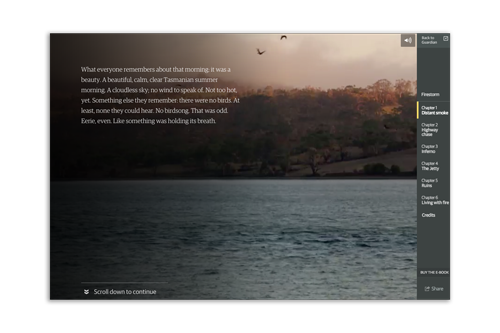